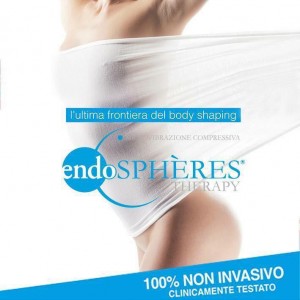 From scientific research the first NON-INVASIVE technology in the world

CONDO ANTI-WRINKLE AND ANTI-CELLULITE DEVICE from the first session

AkSensorall is the first machine in the world, thanks to a series of sensors positioned on the handpiece, the density of the tissues and the recognition by a stage of cellulite are affected, thus adapting the Endospheres Therapy treatment at a local level, making it extremely performing and so increasing its effectiveness.

The Endospheres Therapy method is a particular type of Compressive Microvibration that is transmitted on the tissues by means of a cylinder housed in a handpiece in which 55 rotating spheres are installed. The variation of the speed of the cylinder determines the frequency.

The direction of rotation and the pressure used cause the tissues to undergo compression producing 4 synergistic actions.

1) Action on the vascular system The tissue compression, thanks to the particular, is consists of an “air cell” of the vibrating organs on the cylinder, it acts by carrying out pressure and lifting, in a sort of “vascular gymnastics” which allows a significant improvement of the microcirculation in the affected districts. Technically Endosphères therapy to control the hydrostatic pressure of venous vessels by reversing the intimate metabolic and hemodynamic exchange mechanism with reversal of flow. The studies show a generalized increase in skin temperature detected by telethermographic images that scientifically demonstrate an effect in vascular hemodynamics. The patient has an immediate feeling of relief in the lower limbs, lightness and well-being.

2) Analgesic effect The history of the patient suffering from panniculitis shows painful stages typical of edematous conditions. Studies carried out on these pathologies have shown that Compressive Microvibration has been applied and calculated consistently. The former undergo a sort of “desensitization” which leads to the reduction and / or elimination of pain in a certain given time. The action is the simultaneous tissue oxygenation and the reduction and / or elimination of inflammation over time. The two necessary actions, carried out in synergy and a specific program (analgesic phase), eliminate the pain in 3-4 centimeter.

3) Draining effect Lymphedema is a pathological condition caused by the obstructions of the lymphatic vessels with the formation of edema and an increase in interstitial fluids. The Endosphères Therapy is a pulsed and rhythmic one, which is induced according to the direction of rotation of the cylinder. The thrust that acts on the lymphatic system eliminates the excess fluids characteristic of lymphatic stasis. A specific study on lymphedema detailed that Endosphères is a technique that allows a significant reduction in the thickness of the subcutaneous tissues.

4) Restructuring Effect The persistence of edema leads over time to an increase in the interstitial skin fibrous tissue (septa). Lymphedema is followed by an increase in the size of the affected parts with an “orange peel” of the skin. Endosphères therapy resolves this imperfection even in cases of advanced fibrosity. 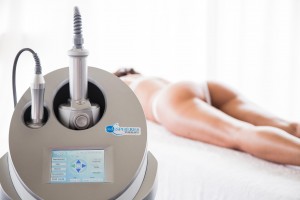 Contact us for more info or a free quote

We make your wishes come true with the utmost professionalism

Customer satisfaction is our greatest commitment.
Request an appointment now, without obligation.

Page load link
The website uses cookies for its operation and to keep track of how you interact with it in order to offer you an improved and personalized user experience. We will only use cookies if you agree by clicking Accept. You can also manage the preferences of individual cookies from the Preferences. Read more
PreferencesReject AllAccept All ×
Review the consent

This website uses cookies to improve your experience while browsing the website. Of these cookies, the cookies classified as necessary are stored in your browser as they are essential for the functioning of the basic functionality of the website. We also use third party cookies. parties that help us analyze and understand how you use this website, to store user preferences and to provide them with content and advertising relevant to you.
SAVE & ACCEPT
Powered by